Home/The COVID Vaccine – Where We Are and What to Expect

The road to immunity is ahead as several COVID-19 vaccines have been approved by the Food & Drug Administration and are being administered in long-term and senior care communities. While the logistics of vaccinating residents and employees are complex, there is a myriad of considerations and moving parts for providers beyond initial vaccinations – building vaccine confidence, monitoring adverse
reactions, onboarding new residents and employees, and so forth.

A month or so into the first vaccines, join the conversation on questions moving forward and best practices to ensure immunity. Starting with the science of vaccinations and building herd immunity, panelists will outline the practical aspects of vaccinations in the broader context of medication management. With new habits regarding the spread of infection, guidance will be provided on practices that need to continue in the wake of vaccines. More importantly, the goal of the webinar is to create a dialogue and share experiences in the continued management of the coronavirus pandemic.

AT THE END OF THIS PRESENTATION YOU WILL BE ABLE TO:

Brian joined Forum in 1993, serving as Director of Operations before becoming the company’s President in 2002. Under his leadership, Forum has become one of the most highly respected LTC pharmacies in the country. Drawing on a unique background that combined long-term care, pharmacy, information
technology, and business, he has transformed Forum into a vibrant leader in pharmacy services.

Brian’s experience includes hands-on work in LTC as a licensed Nursing Home Administrator. His career as a Registered Pharmacist spans more than 35 years in hospital, retail, and LTC pharmacy consulting and dispensing, including 12 years at Evanston Hospital as a Staff Pharmacist and Assistant Director of Pharmacy.

He has a Bachelor of Arts degree in Biology and Chemistry from Knox College, a Bachelor of Science degree in Pharmacy from the University of Illinois-Chicago, and holds a Master’s in Business Administration, with a concentration in Information Systems, from Roosevelt University.

Currently, Brian is the President and Director of the Illinois Association of LTC Pharmacy Providers and is a Founding Board Member of the Senior Care Pharmacy Coalition as well as recently being elected to the position of Chairman of the board elect.

Dr Johnson Abraham has worked in pharmacy for the past 15 years, having spent the last decade in long-term care. Dr Abraham is responsible for managing Forum’s clinical programs and consultant services. In his role he works directly with facility management to ensure that services meet facilities’ clinical needs and align with desired outcomes. He joined Forum in 2007 as a Consultant Pharmacist from Enloe Drugs of Northern Illinois/Omnicare and was promoted to Director of Clinical Services in 2014. A Board-Certified Geriatric Pharmacist, Dr. Abraham received his Doctorate in pharmacy from the University of Illinois at Chicago after Pharmacy and Business Management internships with Walgreens. He is a former President of the Illinois Chapter and member of the American Society of Consultant Pharmacists. 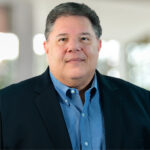 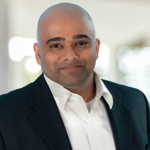 View presentations or take a class for nursing or administrator continuing education credits.

Please confirm deletion. There is no undo!